Volatile oils (VO) are extracted from plants to produce essential oils, and are some of the most important medicinally active plant constituents. They are also widely used in aromatherapy (often called Aromatics) as they are usually responsible for the distinctive odour of a plant.

They are complex mixtures often of 100 or more compounds made up of high levels of mono & sesquiterpenes. They can vary widely chemically but are most often phenolic in nature (eg. Menthol from Mentha piperita). Some also contain volatile alkaloids (eg. Valerotropes from Valeriana off.) or are found linked with resins & gums (eg. Humulus lupulus). Some other herbal examples include: 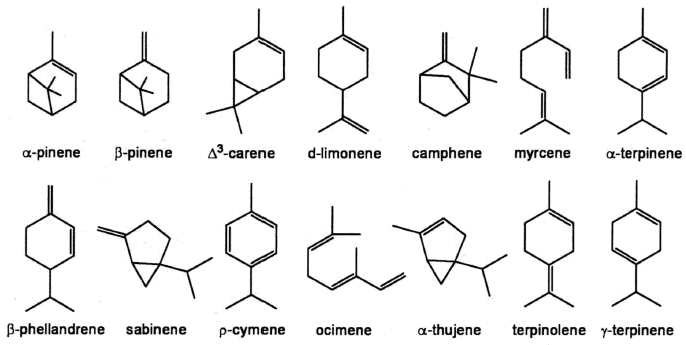 Therapeutically, volatile oils have many uses. Used topically volatile oils tend to stimulate the tissues they come in contact (hence acting as rubefacients, counter-irritants, and/or vasodilators). Internally, volatile oils can be divided into 2 major subcategories in terms of their effects – the stimulant and nervine herbs:

Stimulant herbs rich in VO often affect the respiratory, digestive, and circulatory systems. They are often used as teas, infused in oils, or incorporated as foods. Properties of these herbs include:

Nervine herbs rich in VO also often affect the respiratory, digestive, and circulatory systems, however their identification as aromatic herbs is not as apparent as the stimulant herbs, since many are roots with a protective covering and must be bruised to release their odour. Properties of these herbs include:

A place for all things herbal medicine

Created and maintained with love by Dr. Marisa Marciano, ND

This site is created and maintained as a free resource for herb lovers around the world. Donations are accepted with gratitude :)

Get my new book here!

The 2nd Edition of my herbal reference is here!